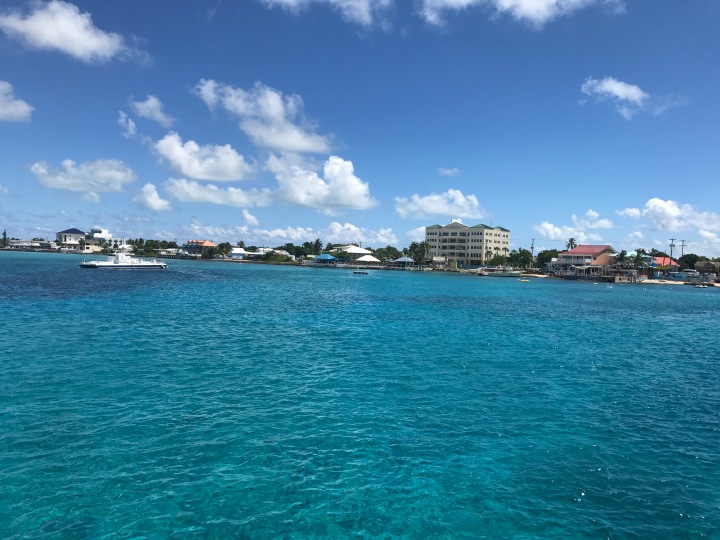 Our last stop on our adventure was in Cozumel, Quintana Roo, Mexico. Y’all, I have fallen in love.

This is the day I had been waiting for, we had an excursion planned to go see a small Mayan ruins site (San Gervasio) and a trip to a beach. We hopped off the boat onto a long pier, which was surrounded by gorgeous views, and made our way through the port. I do have to say, the “port” is full of liquor and luxury purses and perfumes. It’s small, cramped, and stressful. But, once out of there, it was a big, open air mall type shopping with bars and booths and lots of plants. The water is still in view the whole time.

Our excursion started at 11 so we walked around for a bit then headed to find our group. We boarded a bus and headed towards the center of the island.

The bus took us through an area they call “Downtown.” It isn’t downtown like we think of it with big buildings, but rather a small little town where people sell woven tapestries out of their homes that look more like a shack than a building. Occasionally, there were big, nice houses. We passed by lots of little shops and restaurants and I so wish I had taken more pictures along the way. 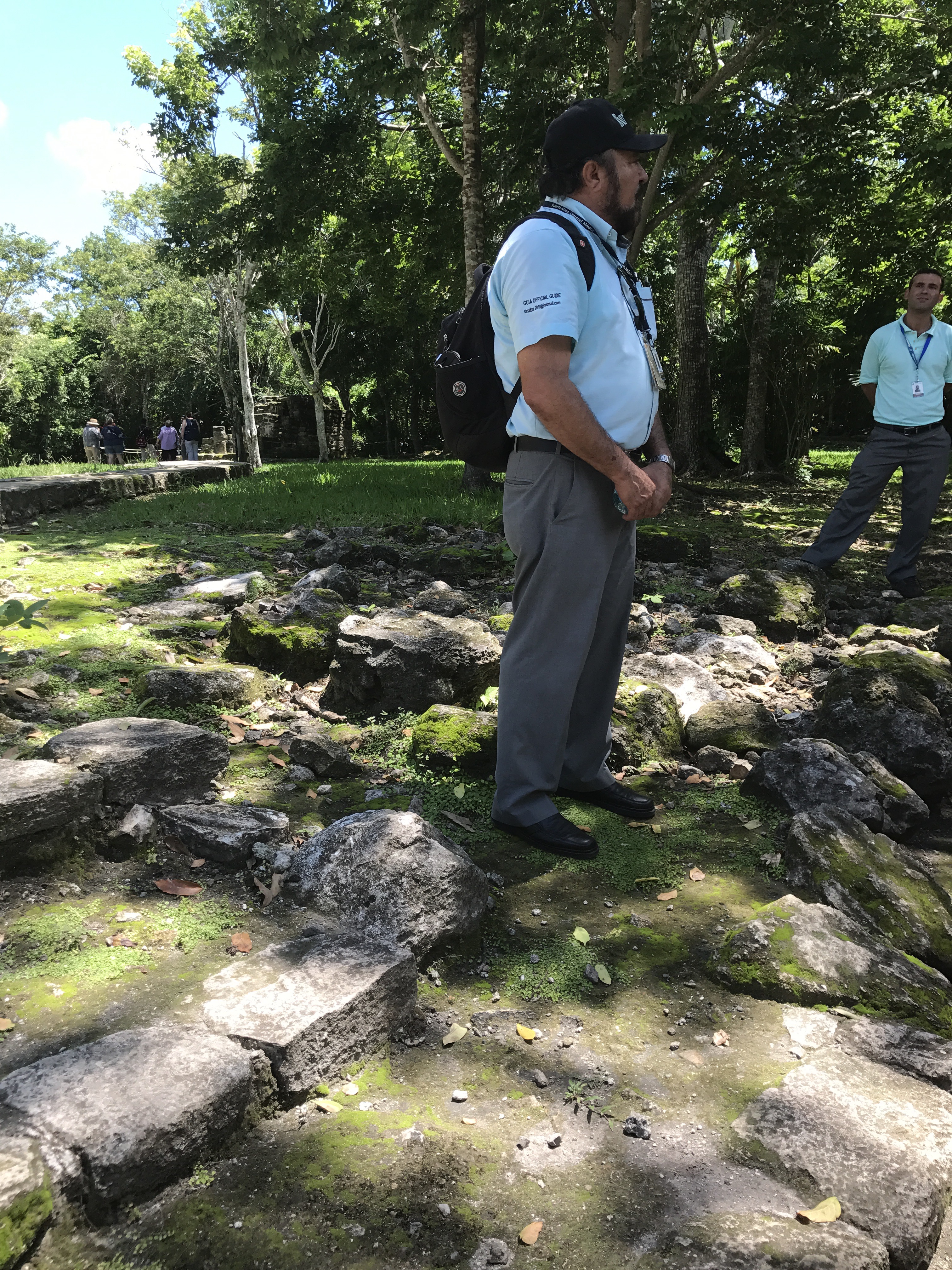 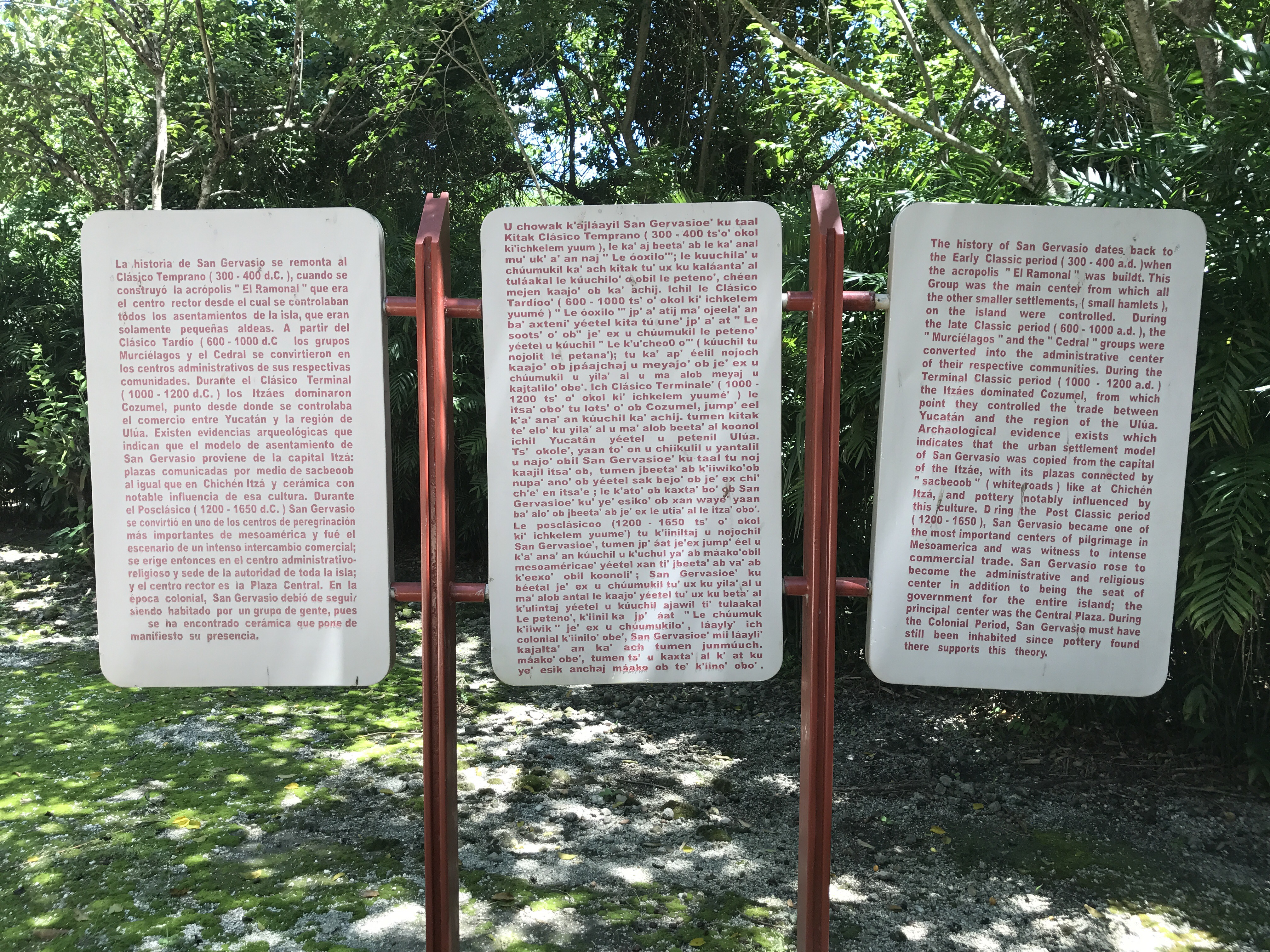 We get to the site, and Ross and I are basically wigging out we are so excited. We had already made friends with our tour guides, Patricio and Luis. There’s a place with little local shops and then past that are the ruins. I’m not going to go into a whole lot about what all of this pictures are of other than a few of them, because honestly there was so much information that I don’t 100% remember what was what. But I WILL give you some fun facts!

1. There were no human sacrifices made at this site. Ever. In fact, that wasn’t something the Mayans did until a group introduced them to it about 1000 years after the Mayans became a thing.

2. San Gervasio was a dude from Spain who bought the land and didn’t tell the government there were ruins on it. He went looking for treasure using dynamite and destroyed quite a bit of it. Some was rebuilt by universities and institutions, and other parts have been left as they were found. Its pre-Gervasio name was Tantun Cuzamil.

3. This was a site built for the goddess Ix Chel. She was the goddess of moon, childbirth, fertility, medicine, and weaving. All Mayan women made a pilgrimage here at least once in their life, before their first cycle or before they had children.

Ross asked a billion questions, but we ended up with some really interesting answers. Which sparked a way deep conversation on the way back about how different are we really, as Christians, from these people? Are the people they were worshipping angels and did we actually have the same God? More research on that to come, but, it was an interesting thought.

From the site, we drive to the opposite side of the island from the port. This side has no plumbing, running water, or electricity. The road is lined with beautiful rocky beaches. I have no idea what the name of the beach we were at is, but oh my geez you guys, it was unreal. We were still in the “no running water or power” side of the island, but there was a food truck (that’s apparently a thing there) making tacos, burritos, and the BEST DANG GUAC EVER and a little bar with lots of tequila. The beach had rough sand, but near the water was too rocky to really get in. We climbed up this big arch thing and just admired the view. I have never seen anything so peaceful and untouched before. 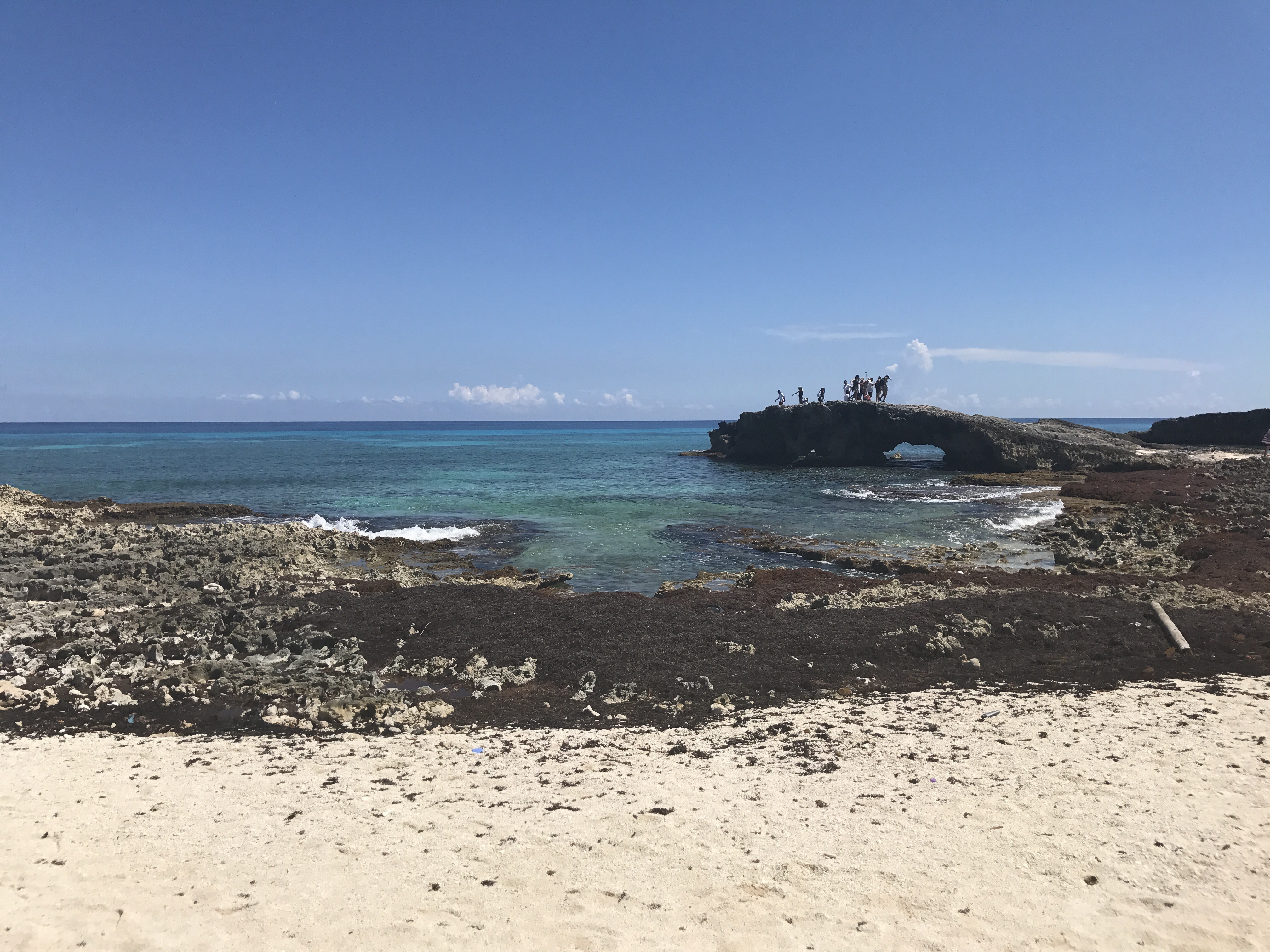 We headed back to the port area and enjoyed shopping and margaritas before getting back on the boat.

I have never in my life felt so entranced by a place. But this little island and all of its history, culture, and people, are something I will never forget. I loved it and cannot wait to go back and spend more time there. 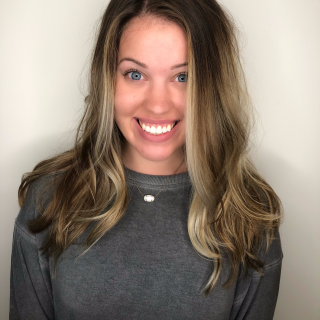